6 Of The Most Surprising Things Ever Found In Storage Units

6 Of The Most Surprising Things Ever Found In Storage Units

Since the introduction of popular reality shows such as Storage Wars, which focus on the buying and selling of abandoned storage lockers throughout the United States, everyone has fallen in love with the idea of striking gold by purchasing the contents of an old locker. With the rise of popularity of this modern day gold rush, we thought we’d put together a list of the most bizarre items that have been found in abandoned storage lockers from around the world. Nicholas Cage has had a complicated Hollywood career, with a long list of starring credits in some of the highest grossing films in history paired with some cult classics which rose to popularity due to his unique performances.

One of his extravagant purchases included a copy of Action Comics #1, which introduces Superman on the front cover. After purchasing the comic book for $150,000, it was stolen from his home and considered gone forever. That was until 11 years later, in 2011 when it was recovered in an abandoned storage locker in California. At the time the actor had filed for bankruptcy and once returned, sold the comic book for just over $2 million, which while didn’t cover his debt, surely helped. On the topic of Hollywood actors, one of the most bizarre lockers ever to come into the hands of a buyer was once the possession of none other than Burt Reynolds. Over the years, it appeared that Burt Reynolds enjoyed collecting strange souvenirs which documented everything from his movies to his personal health.

Among the numerous items found in the locker once belonging to the Hollywood superstar was the canoe from Deliverance, a chair made of hockey sticks from the film Mystery Alaska, a framed letter from his doctor regarding an emergency operation on the actor’s spleen in 1955 as well as a full sized horse carriage that was built by Dolly Parton. Due to the strange nature of the items and the vast amount of items, the new owners decided to open a museum named the Burt Reynolds and Friends Museum which is now located in Florida for those interested in a firsthand look at Mr Reynolds medical records in person.

A BBQ Smoker With A One Of A Kind Surprise Inside When a man bought an abandoned storage unit, with what seemed like a fully functioning BBQ smoker inside, the last thing he would have expected to be inside was a the leg of the previous owner. Alas, that was exactly what he was greeted with when he opened the lid of the now infamous smoker. The previous owner claimed that when he lost his leg in a plane accident, he wished to keep it in safe keeping so he could eventually be buried with it when the time came.

The new owner of the leg saw the absurdity of the situation and was quick to parade his findings around town while charging admission for people to see the strange sight. Once the previous leg owner heard about the situation, he was quick to request that the leg be returned to him. In true American fashion, the matter was solved on a televised court program by Judge Greg Mathis, who returned the leg to its biological owner. A man, who had managed to break into a storage locker in the United States, found it much harder to break out back in 2011. What he thought would be an easy operation proved to be more difficult than he bargained for once he was trapped inside by a security guard who heard the trespass.

As he attempted to escape, the police were called and were happy to find him safely kept in the locker for them to arrest on their arrival. Before the hype of storage auctions, in 1989, a Long Island resident paid under $100 for the contents of what seemed to be an everyday abandoned storage locker. Little did he know that after cutting the lock and decluttering the locker, under all of the mess was the iconic submarine car from the Bond film, The Spy Who Loved Me.

At the time, the man wasn’t aware of the car’s significance, having never seen a Bond movie in his life. After loading the strange looking car onto his truck, he was told by a passer-by that the car was used in a Bond film. The promotional replica was later sold to business mogul Elon Musk for approximately $1 million at auction. 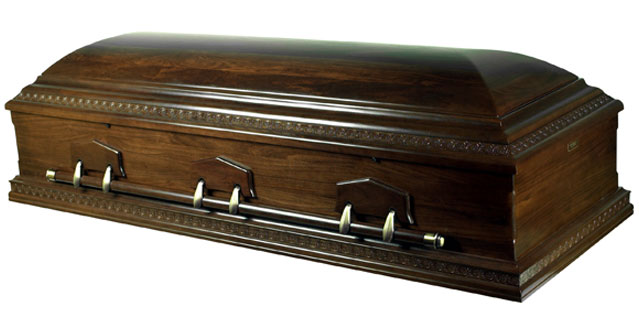 That’s right, grandma. In 2011, on her death bed a mother from Florida revealed to her daughter that her grandmother was not buried, but rather laying in a self-storage unit. The young lady kept this to herself until the storage facility notified her that due to outstanding rent repayments, the unit would be sold at auction. To the shock of the storage facility manager, after notifying the police, they found a blue casket inside with the remains of the woman’s grandmother.

The grandmother, who had died in 1995, had been taken through the correct process to be buried, but for reasons unknown was stored alongside old furniture instead. Detectives dismissed any suspicious circumstances for the grandmothers death although were curious of the strange storage of the body, which breaks federal laws in regards to body disposal.

While we enjoy these bizarre storage tales from abroad, we can say with confidence that here at Palmers you can expect the most secure and affordable storage in Australia with a total of 0 legs found in stored BBQs so far. If you require storage services throughout Sydney, give us a call today on 02 9742 6662 for a chat about your requirements and a free quote.